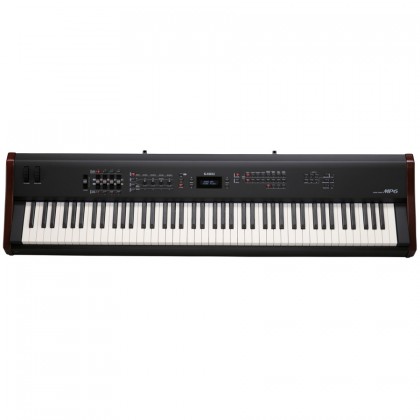 Evolution, not revolution: that's the concept behind the new MP6 Professional Stage Piano. Kawai took its predecessor's great interface and compact form, updated the keyboard action and sound technology, then added a host of modern new features to sweeten the deal. The result is a flexible stage piano that's ideal for gigging, with a solid, reliable action and an impressive selection of sounds.

As with its larger cousin, the MP6 features brand new acoustic and electric pianos that underscore a host of tonal improvements throughout the entire sound list. In addition to various sampled organ sounds, the MP6 now includes a tonewheel organ simulator, allowing you to dial-in your favorite drawbar positions, then switch on the new amp simulation and rotary speaker effects for that authentic vintage organ growl.

Whether you're in the studio or out on the road, the MP6 is more than capable of meeting the master keyboard needs of a professional stage performer. Split the entire keyboard into four independent zones, then assign each one to play internal sounds, trigger external MIDI devices, or control both simultaneously. Adjust the levels and parameters for all four zones using realtime knobs and faders. Then, once you've found the perfect mix for each song, store the entire panel setup to one of the 256 internal memories (or a USB stick) and you're ready for the gig.

So often stage pianos are let down by poorly designed keyboard actions prone to break downs. Not the MP6. Its Responsive Hammer action delivers a stunningly realistic piano playing experience, but it's also built to last. Structural reinforcements make RH the strongest, most rigid plastic action Kawai has ever developed, ensuring keys don't wobble around from side to side or crack under pressure when you're laying down the big chords. And, with the same Ivory Touch surfaces found on the MP10 featured on this action as well, you can be confident that your fingers will remain firmly on the keys throughout even the most blistering runs.

MP acoustic piano sounds: the Kawai EX concert grand piano
The Kawai EX concert grand piano is widely regarded by many professional pianists and piano technicians as one of the finest instrument of its class. Hand-built by Kawai's distinguished Master Piano Artisans at the Shigeru Kawai Piano Research Laboratory in Ryuyo, Japan, each EX instrument undergoes a lengthy, meticulous process of regulation and refinement within a specially designed anechoic chamber. The completed EX piano then receives a final series of rigorous quality inspections before eventually taking its place in some of the world's most prestigious musical institutions and concert halls, and now your home.

The beautiful sound of the EX grand piano is at the heart of the new MP6, with all eighty-eight keys of this world-class instrument painstakingly recorded, analyzed, and reproduced as high-fidelity digital waveforms.

Recording each key individually in this way - as opposed to stretching the same tone over several different notes - ensures that the rich, harmonic character of the original EX grand piano is preserved, and guarantees that the sound heard when playing one of the MPs' keys is a faithful representation of the acoustic source.

When playing the piano, the amount of pressure applied to the keyboard affects both the volume of the sound produced and the unique tonal character of each note. In order to gather a realistic acoustic portrait of the EX grand piano, not only is each key recorded individually, but also captured at various different strengths ranging from gentle pianissimo to thunderous fortissimo. The new MP6 offers a highly detailed acoustic portrait, with smooth tonal transitions across the keyboard and throughout the dynamic range.

MP keyboard actions: inspired by eight decades of acoustic piano excellence
The MP6's RH action also features realistic key and hammer movement, with its rigid, springless design providing a smooth, natural, piano playing experience. As with the action of it's cousin, the MP10, the weight of the keyboard is appropriately graded to mirror the heavier bass hammers and lighter treble hammers of an acoustic piano, while structural reinforcements within the action assembly ensure greater stability during fortissimo and staccato passages.

It is equipped with a finely textured Ivory Touch surface to absorb finger moisture and assist the playing control, while let-off simulation recreates the subtle 'notch' sensation felt when softly playing the keys of a grand piano.

The tonal character of an amplifier or speaker cabinet is an important component of any vintage electronic instrument. The MP6 therefore features an amp simulator function that helps to bring a feeling of analog warmth to the raw electric piano sound. It allows direct access to the amplifier's drive and volume levels, in addition to dedicated Lo, Mid, and Hi tone controls. It also includes an authentic tonewheel organ simulator, allowing organ enthusiasts to adjust the position of all nine drawbars individually for greater control over their favorite classic tonewheel sounds.

Realtime parameter adjustments, direct panel control
Besides being able to balance the levels of all four zones on the MP6, the intuitive panel layouts and solid, smooth faders featured on it provide direct control over mixing internal and external sound sources.

Further realtime adjustments are made possible using the instrument's four control knobs. When playing acoustic piano sounds, for example, it may be desirable to have direct control over Virtual Technician parameters such as voicing and string resonance.

Then, when switching over to the electric pianos, you will undoubtedly appreciate having immediate access to the simulated amplifier's tone controls - momentarily boosting your mid-range in order to cut through the mix for a solo.

It's also possible to adjust the parameters of external devices by assigning MIDI control change messages to each knob. Thanks to the M6's thorough MIDI implementation and comprehensive panel controls, the MP6 is ideally suited to handle the role of master keyboard in a studio environment with assignable MMC buttons, allowing effortless integration with DAW software and hardware.

USB Connectivity, MP3/WAV Record and Playback
The MP6 is equipped with USB ports that not only allow it to be connected to a Mac or PC for MIDI use, but also to load and save data directly to USB memory devices. This 'USB to Device' functionality allows customized sounds, SETUP memories, and recorder songs stored in internal memory to be saved to USB for future gigs, or even exchanged with other MP owners online.

USB memory devices can also be used to play back MP3 or WAV audio files, and SMF song data, allowing you to play along with professional backing tracks, or simply learn the chords or melody for a new piece.

It is even possible to record performances directly as MP3/WAV audio or SMF song files for emailing to band members, casual listening away from the keyboard, or further editing using an audio workstation.

How is your order shipped?

Most of our items ship via UPS Ground, but due to size and weight limits, larger items must ship via common freight carrier. If you have any questions or concerns on how your order will ship then please call us on 866-400-3040

Below is a chart to indicate average shipping times to your location from our facility in Nevada. Times of course can vary and you can always track your package at www.ups.com 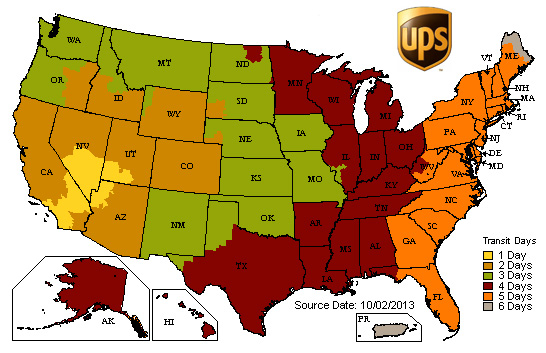 Shipping to Alaska, Hawaii, Puerto Rico, or an APO?

Because of the additional costs to ship to Alaska, Hawaii, Puerto Rico, and APO addresses, shipping to these destinations does not qualify for our Free Shipping offers. Please call us on 866-400-3040 to get a shipping quote for shipping to the above destinations.

When you place an order with Digital Piano Warehouse, an order confirmation and tracking number will be emailed to you when your product leaves our warehouse. Due to dealer franchise and distribution agreements we are only able to ship within the United States. If you have any questions about your order or placing an order, please call one of our Piano Experts on 866-400-3040 or email us at info@digitalpianowarehouse.com and they will be happy to assist you with your order.

Wether it is a bench and headphones, a stand and bench, a music book, all the accessories are clearly indicated in each product listing. This of course makes shopping much easier. No more need to look through many versions of the same item all with different accessories, but rather simple and clear shopping with all you need to get started. Of course, if you need a case or pedal or any other accessory, then our accessory department has everything you need to purchase seperatly.

For any questions on any of our "Bonus Accessories Included" or if you have a specific request for a product, then please call us on 866-400-3040 or email us at: info@digitalpianowarehouse.com and a Piano Specialist will be happy to help you. 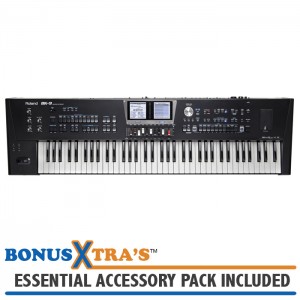 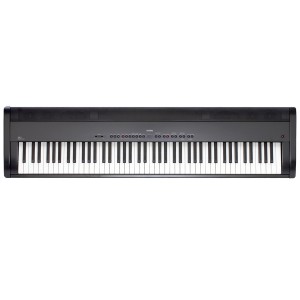 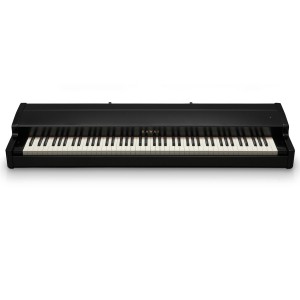 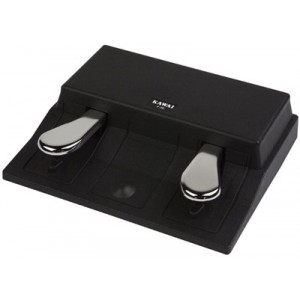 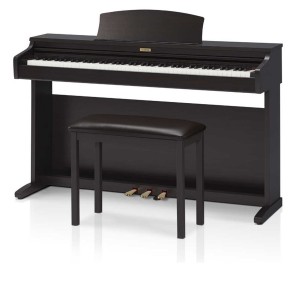 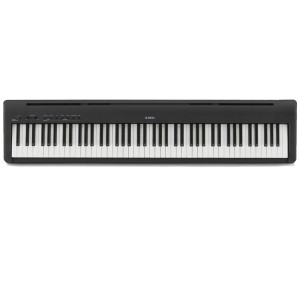